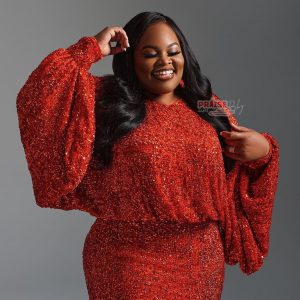 Grammy, Billboard Music, Stellar, and Dove Award-winning gospel music minister and exquisite songwriter, Tasha Cobbs Leonard offers up a brand new single titled “Gotta Believe,” an anthem about searching for strength in times of hesitance and uncertainty. The song is available now for streaming and downloading via all major digital outlets world-wide.

The single “Gotta Believe” is a truly personal song for Leonard, written during a period in which she and her husband were confronted with several momentous life decisions. Rather than being paralyzed by doubt, Leonard was able to find strength and a path forward through her faith in God.

Tasha Cobbs Leonard originally recorded “Gotta Believe” as part of NPR Morning Edition’s Song Project, a series launched during lockdown to provide an outlet for artists to write and perform an original song as a way to reflect the times. In an interview about the song’s origins, Tasha opens up about some of her personal struggles, including losing family and friends to the COVID pandemic.

Last year, Leonard was named Top Gospel Artist of the Decade by Billboard. The multi-platinum artist has received a plethora of awards and accolades, including 1 GRAMMY (3 nominations), 3 Billboard Music Awards (she was just nominated for 2 more this year), 13 Stellar Awards (including Artist of the Year), and 12 Dove Awards (including Gospel Artist of the Year). Leonard has performed her acclaimed music on Good Morning America, BET’s BLACK GIRLS ROCK!, the Super Bowl Gospel Celebration, and so much more.

In 2020, Tasha Cobbs Leonard earned two additional RIAA certifications — one Platinum certification for her hit single “Break Every Chain,” and a Gold certification (her third) for the #1 radio single “You Know My Name.” She also released Royalty: Live at the Ryman, a beautiful compilation of live performances paired with concert film of her performing at the legendary Ryman Auditorium. The album debuted at #1 on Billboard’s Top Gospel Albums Chart and one of the tracks featuring Ciara (“In Spite Of Me”) recently went #1 on the Gospel Airplay chart.

Tasha Cobbs Leonard has not only firmly established herself as a true force in the music industry, but as a polymath as well. In addition to being a singer, songwriter, and musician, the 39-year old has a range of other hobbies and initiatives – launching her own glasses brand (Fritz Eyewear), writing a book, and even starting a church congregation alongside her husband, which is currently virtual.

Buy Here To Encourage The Artist