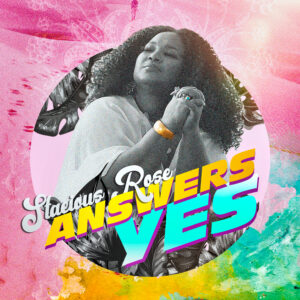 Stacious Rose Jusu  simply known by her stage name Stacious Rose to the union of Bernard and Martha Jusu in Bong Mines Bong County, West Africa Liberia,  She later moved to the USA in the early 1990’s till date. She is a Songwriter, Recording and performing artist. She started her musical career at the age of 4yrs old as a backup singer for her late mother Martha Jusu. Since she professionally started her music career under Another level Management in 2009, she has increasingly gained local and international popularity through her songs and music videos.

She has received notable award nominations like GSMTV, FOAGA, Gospel Safari awards among others which she got triple nominations in 2013 which she won FOAGA Best Contemporary Christian Artist Award in USA”. 2016  She won the 2018 GSMTV AFRICAN AWARDS New Gospel Talent of the Year, She went ahead to scoop Gospel Album of the Year in the same awards; being nominated alongside Frank Edwards, Sinach, Joe Praize and the Preachers.